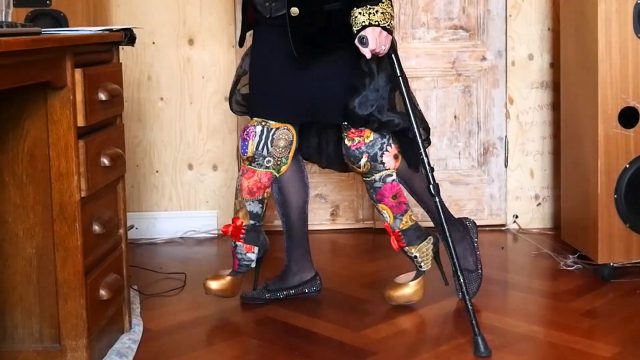 2016 I made a pair of parasitic extra-legs for Disability, Arts and Health Conference in Bergen, Norway. Their only operational function is to make me dance in high heels. As if by chance, the first day of the event had much talk about prostheses and how the pursuit of functionality is, in principle, a low target. The idea of restoring something missing was also criticized as old-fashioned in time, where the perceptions of the body is expanding rapidly.

Parasitic limbs are rare naturally occurring malformation seen in both human and animals. For many times, especially with kids, I’ve wished to get an extra pair of hands and feet. It is only a matter of time when parasitic prostheses become fashion. Who would not want to be able to browse social media while knitting new socks for her five feet? 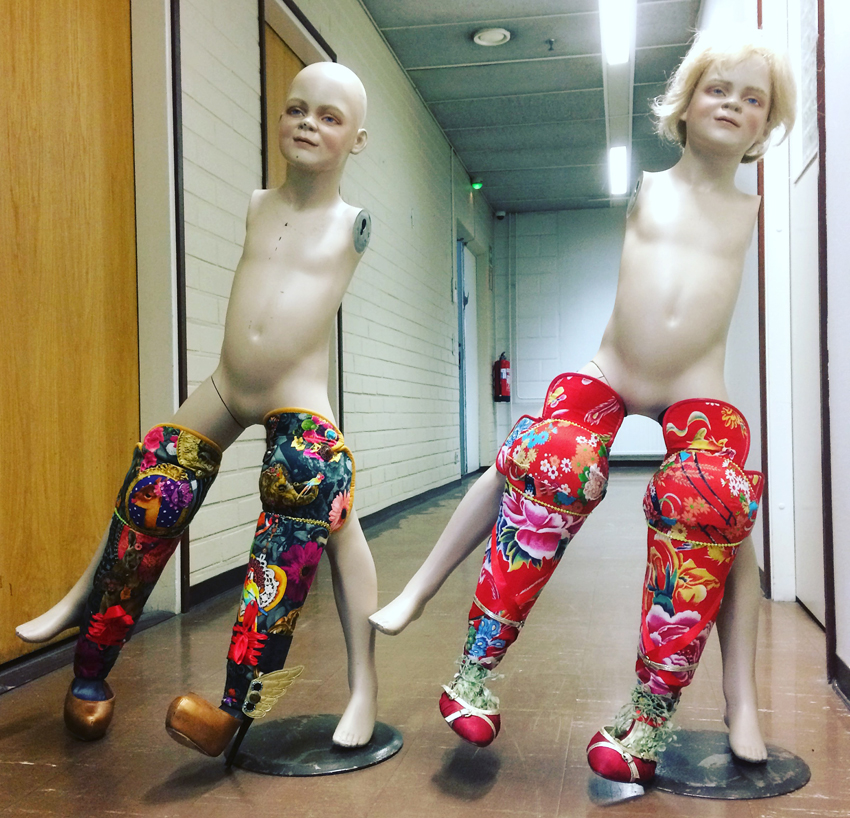 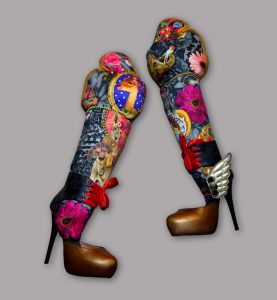 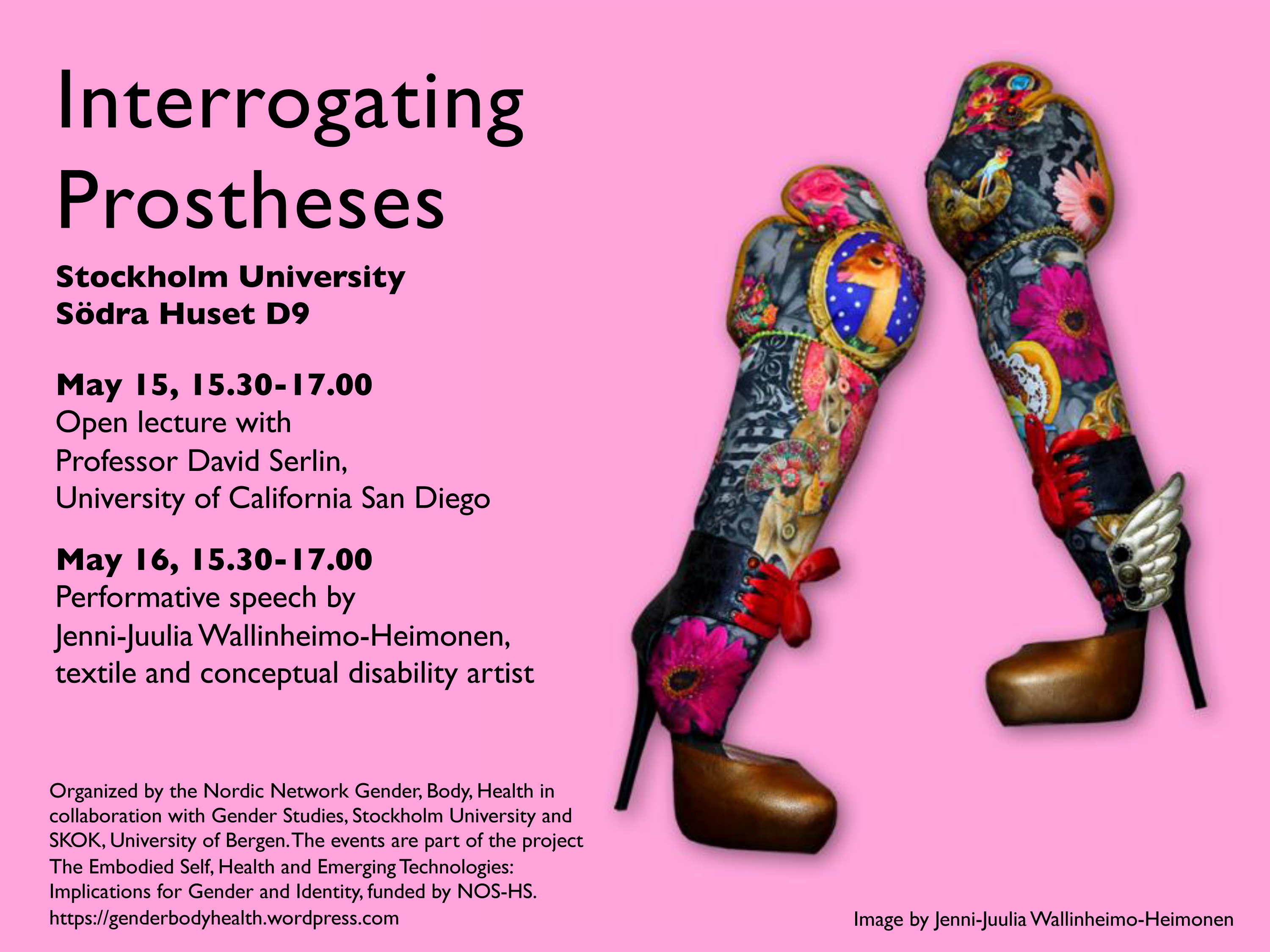